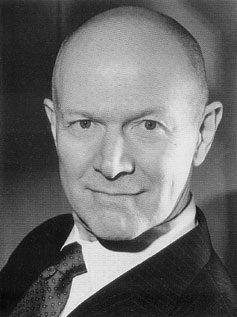 Thomas (Tom) Foral's paintings and portraits include Bill Blass, Eudora Welty, Audrey Hepburn, Gwen Verdon, and Her Serene Highness Grace Kelly, which hangs as the centerpiece in the Princess Grace Theater in Monaco. Foral and Princess Grace continued their friendship until her untimely death.

His paintings have been displayed in over forty venues in New York City, including the Salmagundi Club, the Leslie-Lohmann Gallery, and the Gabrielly Gallery. His work has also been featured in Vogue and American Style Magazine. Foral is currently represented by the River Queen Gallery in Lambertville, and his paintings are in private collections worldwide. His studios are based in Bucks County, New York City, and Venice, Italy.

A painter throughout his life, Foral has also designed home furnishings and acted on Broadway, in movies, on television, and in regional theaters. His theatrical work varies as his career includes working on Woody Allen's first Broadway production, Don't Drink the Water, Shakespearean tragedies, and television soap operas, such as Dark Shadows and Search for Tomorrow. Foral has most recently performed his solo piece on Noel Coward at the Theatre Forum, Round Top Festival Institute, Round Top, Texas, and at Pennsylvania State University (2011). In 2012, fifty-two years after having played in the inaugural production, Foral played the role of the Stage Manager in Our Town, with the Town and Country Players in Doylestown, PA.

Between acting, Foral worked with a home furnishings company as a designer. His visual art also demonstrates variety. His aforementioned oil portraits are accompanied by satirical figurative work, graphite drawings, and mixed media work. Foral describes himself as a realist with a nod to fantasy and theatricality, likening his artistic production to his performance.

Connection to Bucks County
Originally from Wisconsin, Foral spent much of his youth in Doylestown, PA.

Colleagues and Affiliations
Foral has previously worked with Diana Vreeland and the Metropolitan Museum of Art, styled home furnishing collections for Bill Blass, and designed scenery and costumes in various regional theaters.

Awards and Appointments
Foral has exhibited at the Phillips' Mill Juried Art Exhibition annually since 2006. In 2008, he was awarded the Crystal Springs Award for Oil Painting for Art Glass.
Foral has taught at Goddard College in Plainfield, VT; Pennsylvania State University in State College, PA; and Bucknell University in Lewisburg, PA.