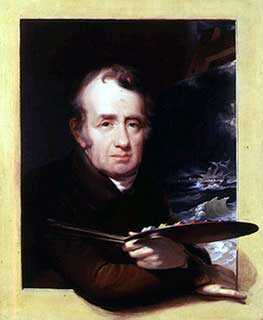 Thomas Birch was a versatile painter and printmaker who specialized in landscapes. With the assistance of his father, William Birch, Birch did engravings of the Delaware Valley, signing "Wm. Birch and Son." Thomas Birch painted watercolors of historic buildings and, in his later years, seascapes and naval scenes from the War of 1812. Birch's oil paintings of land and water are visibly atmospheric, done in a style of romantic realism influenced by the Dutch tradition. A landscape painter, he led the Hudson River School. He instructed James Hamilton, George R. Bonfield, and Thomas Cole in painting. Birch painted portraits of Commodore Silas Talbot, Captain Benjamin Crownsfield, and Edmund Dean. He also designed coins for the United States Mint and helped found the Pennsylvania Academy of the Fine Arts. Born in England, Birch moved to America in 1784.

Education and Training
Studied with his father, William Russell Birch