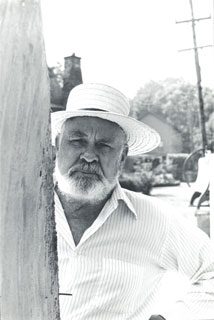 "Once these strong prison walls
Contained breakers of the laws,
Victims of poor education!"
-From the poem Transition written by Raymond Granville Barger

While best-known for his monumental outdoor sculptures, Raymond Barger also created smaller-scale, more intimate works for interior spaces. From his first major commission for the Heinz Dome at the 1939 World’s Fair in New York to his last works in the 1980s, Barger relentlessly confronted the human experience of the physical environment. Interestingly, much of Barger’s work exists in both large- and small-scale formats, implying his approach, grounded in more expansive design ideals, remained firm regardless of scale.

At first glance, Barger’s early work appears to be primarily figurative, while later works are nearly always abstract. However, further investigation reveals an artist pushing against figurative sculpture very early in his career. In a relatively short period of time, Barger embraced abstraction almost completely and pursued his interrogation for the rest of his life. That said, his work often feels grounded in the “real” world, perhaps stemming from his desire to address the human condition in both the manufactured and natural worlds. This tension is strongly evident in Barger’s ever-present dialogue between the constructed and organic, the curve and the straight line.

From the 1930s to the 1950s, a period less well-documented than Barger’s later career, the sculptor also had a successful business in model-making and photography for architects, including Frank Lloyd Wright and Skidmore, Owings & Merrill. Following his 1966 move to Carversville, Pennsylvania, Barger’s primary focus centered on sculpture, though also expanded to poetry and writing. Barger wrote prolifically and referred to himself as both poet and sculptor. His poetry expands on the universal themes with which he grappled in his art, perhaps most evident in his magnum opus Equality. Raymond Barger believed that humanity could be understood, shaped, and improved through art–visual and literary–a potent belief powerfully illustrated by the exhibition The Poetry of Sculpture: Raymond Granville Barger. This was the first solo exhibition of Barger's work at the Michener, and included objects from the Museum's permanent collection and loans, many of which came from private collections that are rarely available to the public.

Connection to Bucks County
Raymond Granville Barger moved to Bucks County in 1966 and lived in Carversville for twenty-three years. The Barger family lived in a mill that was originally built in 1784, rebuilt in 1894, and restored by Barger and his wife, Lilias, in the 1960s. "The Mill" was his home, studio, gallery, and sculpture garden. Lilias was an antiques dealer as well as an accomplished composer and pianist. The couple had three children. Raymond Barger had five children.