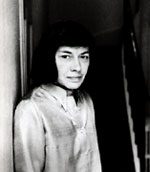 "She is the crime writer who comes closest to giving crime writing a good name."
-Anonymous reviewer

"'Low-key' is the word for Patricia Highsmith. Low-key, subtle, and profound. It is amazing to me that she is not better known, for she is superb and is a master of the suspense novel... [The body of her work] should be among the classic of the genre."
-J.M. Edelstein, New Republic

Award-winning author Patricia Highsmith was a suspense novelist and short story writer whose works explores the dark side of human nature. Typically, she explores guilt, as well as relationships between people who are simultaneously attracted to and repelled by one another. Her early classic, Strangers on a Train, is considered a masterpiece of suspense writing, which Alfred Hitchcock adapted for film in 1951. Many of her other works, including the series of detective Tom Ripley novels, have also been made into films. Highsmith maintained her connection to Hitchcock while writing for the television show, Alfred Hitchcock Presents. In their subtle character study, her novels have transcended the genre of crime fiction. Although she was popular in America, she found greater success in Europe. She is considered an important figure in gay/lesbian literature because many of her books deal with the close relationships between two men. 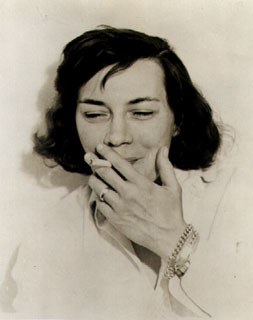 Connection to Bucks County
Highsmith lived on Upper Mechanic Street in New Hope during the 1960s. Her novel The Cry of the Owl is set in Lambertville. Highsmith left a donation to the New Hope-Solebury Free Library in her will.

Colleagues and Affiliations
Highsmith was a friend of life-long New Hope resident Daisy Winston, as well as Arthur Koestler and Peggy Lewis.

Screenplays
Strangers on a Train was made into a film by Alfred Hitchcock for Warner Brothers in 1951 and served as the basis for Once you Kiss a Stranger in 1969.
Other books that have been made into films or served as their basis are: The Talented Mr. Ripley, The Blunderer, This Sweet Sickness, and Ripley's Game.
Wrote material for television, including Alfred Hitchcock Presents