"The non-objective painter is searching for that inner order of truth, beauty and reality, not the surface aspect."
-Lloyd R. Ney

Lloyd Raymond “Bill” Ney was born to Sadie Maidenford and William W. Ney in 1893 in Friedensburg, Pennsylvania. Though the family had virtually no cultural connections, Ney became interested in art at a young age and painted often, without the aid of classes or a teacher. Recognizing their only child’s passion, Ney’s parents allowed him to leave high school in 1913 to study art in Philadelphia at the Industrial School of Art, now the University of the Arts, where he specialized in cast drawing. Ney flourished in his classes and transferred to the Pennsylvania Academy of the Fine Arts in Philadelphia in 1914, where he studied under Henry McCarter until he graduated in 1918. Though Ney became more technically precise, he found that his experience in school was deprived of creative inspiration. Ney later recalled, “It took me twenty years to forget the scars from five years in an art school.” However, in spite of Ney’s reservations about his academic training, the staff and faculty had such faith in his work that Ney was awarded the prestigious Cresson Travelling Scholarship in 1917, which he used at the end of World War I.

While traveling, Ney was exposed to the work of Pablo Picasso, Wassily Kandinsky, and William Blake. While living in the Hotel de Versailles in Montparnasse, Ney made the acquaintances of painters such as Jules Pascin, Moïse Kisling, Léonard Fujita, Henry Ossawa Tanner, and Frederick Frieseke, all of whom helped Ney think about painting in ways markedly different from his training. Ney left Paris and settled in New Hope, Pennsylvania, in 1925 where he lived next door to close friend Harry Rosin, a sculptor whom he had met while abroad. Ney quickly became a fixture within the progressive New Hope Modernist art scene and bought a home now known as the Towpath House, located on Mechanic Street. This became the center of the thriving artists' community dubbed the “Latin Quarter,” populated by this new wave of sculptors and painters. He became famous for being dramatically turned down from the annual Phillips' Mill exhibition held in New Hope in 1930. In response, Ney held a rival, modern exhibition the day before the Phillips' Mill opening.

In 1939, controversy followed Ney again when he was awarded a mural commission for the New London, Ohio, post office through the Treasury Department’s Section of Fine Arts, a New Deal program. The commission came as a runner-up prize in a competition for a mural commission in St. Louis. The St. Louis jury, intrigued by Ney’s initial submission, decided that he should be allowed to create a design for another space. It seems that jury members Howard Cook, Ward Lockwood, and William Gropper did not describe Ney’s abstracted style to the upper-level Section of Fine Arts officials when they made this decision. As a result, administrators Edward Rowan and Edward Bruce were shocked and unprepared when they saw Ney’s plan for the space. Ney’s initial designs were returned and rejected with a letter stating that the composition simply would not, “be acceptable to the general public.”

Rather than re-do his sketch, Ney went to Bruce’s home in Key West, Florida, to plead his case in person. Unsurprisingly, Bruce was not quick to change his mind. The pair's arguments over abstraction, public art, and art appreciation lasted for days and, while their discussions were intellectually stimulating, Ney realized he still was not any closer to getting his design approved. Looking for help, Ney turned to his acquaintances in New London, whom he had met while making sketches for the mural. Led by the town’s Rotary Club, the citizens of New London drafted a lengthy petition to bring Ney’s mural to their post office and sent it to Rowan and Bruce. Ney’s work was then championed in supportive letters from the St. Louis jury members. Seeing the outpouring of admiration and support of Ney’s work, the Section of Fine Arts approved Ney’s mural, New London Facets, on February 22, 1940. The mural was installed in 1941 and still hangs in the New London, Ohio, post office today. Additionally, this was Ney’s largest commission.

Following the New London mural controversy, Ney’s style gradually became more abstract. He is now mainly known as a non-objective sculptor and painter, working with a variety of materials to produce textured surfaces. 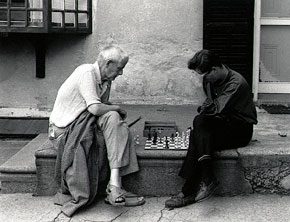 Teachers and Influences
Ney studied under Henry McCarter at the Pennsylvania Academy of the Fine Arts, Philadelphia. He was influenced by Pablo Picasso, Vasily Kandinsky, and William Blake.

Connection to Bucks County
Although he traveled widely, Ney called New Hope home for forty years. He changed the face of New Hope by building and remodeling property on Mechanic Street. In turn, he transformed the neighborhood into a vibrant artists' community dubbed the "Latin Quarter,” all while working on his own paintings and sculpture.

Ney fostered an abstracted and non-objective aesthetic within area artists. Unlike the Pennsylvania Impressionists, who dominated the New Hope art scene, Ney was an outspoken Modernist. He became famous for being dramatically turned down from the annual Phillips' Mill exhibition held in New Hope in 1930 and holding a rival, modern exhibition the day before the Phillips' Mill opening. Ironically, in 1960, one of Ney’s own paintings won the Phillips' Mill Exhibition.

Ney is also credited with discovering the work of Joseph Pickett, a New Hope shopkeeper. Though Ney initially bought Pickett paintings for only $15, Pickett is now recognized as a great primitive painter.

Colleagues and Affiliations
Among others, Ney was close friends with sculptor Harry Rosin. Additionally, he was affiliated with members of the New Group and the Independents, including Peter Keenan, Robert Hogue, R.A.D. Miller, Charles Evans, Ralston Crawford, Henry Baker, and C.F. Ramsey.

Ney began to build his own museum on Ney Alley, adjacent to Mechanic Street in New Hope but died before he could realize his vision. The space opened after his death and was initially run by Ney’s widow, Jean, and daughter, Gretchen Laugier. Its most notable exhibition was held in October of 1978 and celebrated Ney’s prolific career. 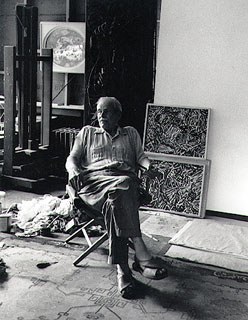