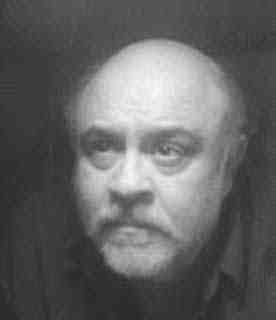 “It’s partly natural ability and watching. Instead of going to school and learning, I went to real life and learned. Experience is great.”
-Joseph Renzetti

Raised in Philadelphia, Joseph Renzetti came of age in the musical era of Dick Clark’s American Bandstand. During the 1960s in Philadelphia, Renzetti became Cameo Records’ house guitarist, playing on hits such as “Let’s Twist Again," "The Mashed Potato," "South Street," "The Bristol Stomp," "The Limbo Rock," "Palisades Park," and "Tallahassee Lassie.” Renzetti moved from Philadelphia to New York to pursue his interest with recording techniques and processes and worked on arrangements of top-ten hits such as “Sunny” by Bobby Hebb, “Ninety Eight Point Six” by Keith, “Apple, Peaches, Pumpkin Pie” by Jay and the Techniques, and “Mandy” by Barry Manilow. From there, he headed west to Hollywood to pursue his love of films and interest in film music, a move that paid off when he was called on to adapt Buddy Holly’s songs and compose original music for the film The Buddy Holly Story, released in 1978. Renzetti taught the actors portraying Holly and his band how to sing and play their instruments live, which was a first for a movie. His efforts were rewarded when he won the Oscar for Best Adaptation Score in 1979. Outside of his film work, Renzetti composes music for orchestras, chamber groups, and solo artists. He composes his music in a state-of-the-art recording studio he created in an 18th century log cabin that he lives in, located in Erwinna, Upper Bucks County, Pennsylvania.

Education, Teachers and Influence
Renzetti was inspired to pursue music at the age of six, when he saw a guitarist at a wedding. Renzetti credits an uncle, who was a sculptor, for inspiring him to pursue a life in the arts.

While Renzetti is not a formally trained musician, he studied composing and orchestrating under Nicholas Flagello. He studied guitar with Dennis Sandole, Joe Sgro, Sal Benigo, Lenny Payton, and Frank Tacconelli, a disciple of the Eddie Lang School.

Connection to Bucks County
In the 1970s, Joseph Renzetti bought a cabin in Erwinna, Upper Bucks County, Pennsylvania, using it as a hideaway haven to retreat from the hectic pace of the West Coast. After years of bicoastal commuting, Renzetti now lives full-time in the cabin, which now serves as his home and studio.

Other Arranged Albums and Singles
The Intruders, Cowboys to Girls
Tiny Tim
Neil Diamond
Tony Orlando
Spanky & Our Gang
Leon Redbone
Flash Cadillac & the Continental Kids
Jerry Butler, I Dig You Baby
Dee Dee Warwick, I Want to Be With You
The Duprees
Jim Cappaldi, Traffic
Danny And The Juniors
Al Hirt
Wayne Newton
Sam the Sham & the Pharaohs