Jack Kirkland began his career as a journalist, working for seventeen newspapers, including the St. Louis Times and the New York Daily News. He soon moved on to writing plays. In 1928, he wrote Frankie and Johnnie, which was eventually raided by the authorities after two years for allegedly immoral performances. While sick in bed in 1931, a friend lent Kirkland Erskine Caldwell's book, Tobacco Road. He began to adapt the pungent story of one poor rural family's life while working on screenplays in Hollywood. In 1933, his adaptation of Tobacco Road opened on Broadway, and although it was initially met with critical resistance, it proved to be a hit with audiences, becoming one of the longest running shows in Broadway history. In addition to being the playwright, Kirkland was also one of the show's primary investors. At the time of his death, his stake in the production was rumored to be worth over $2 million. The play was made into a film by 20th Century Fox in 1941. He would write another eleven plays, most of which were adaptations of novels, including John Steinbeck's Tortilla Flats. With his fourth wife, actress Haila Stoddard, he directed and produced the play Georgia Boy, and both were active in the Bucks County Playhouse. 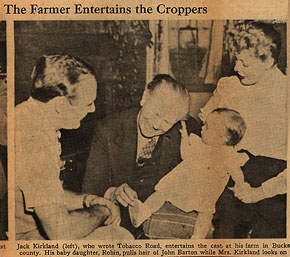 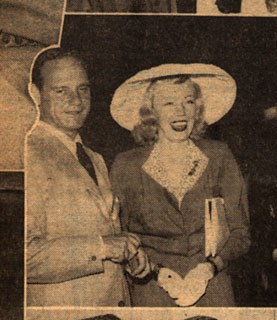