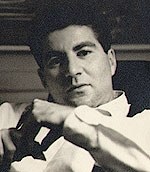 Jerome Chodorov was briefly a journalist in 1930, but he began his dramatic writing career in film as a scenarist. In Hollywood, he met Joseph Fields and together they collaborated on many plays, librettos and screenplays. One of their many Broadway successes was My Sister Eileen, which was directed by George S. Kaufman and starred Shirley Booth. They co-authored the screenplay for My Sister Eileen, which was released in 1942 starring Rosalind Russel and Janet Blair. They also collaborated on the libretto of its musical adaptation, Wonderful Town, with music by Leonard Bernstein, also starring Rosalind Russel. It received rave reviews and won seven Tony Awards including Best Authors (Musical) in 1953. Mr. Chodorov's first screenplay was The Case of the Lucky Legs, a Perry Mason whodunit released in 1935. He wrote around 18 screenplays during this period leading up to Happy Anniversary in 1959, which he co-authored with Mr. Fields and was based on their Broadway play Anniversary Waltz. Throughout the years, Mr. Chodorov directed plays, including the Broadway productions of The Gazebo (1958) and Blood, Sweat and Stanley Poole (1961). 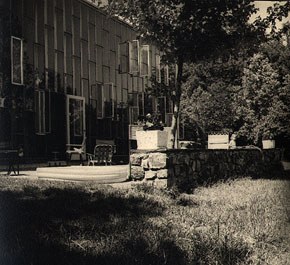 Connection to Bucks County
In the 1940s, Jerome Chodorov and his wife, Rhea, had a house built for them on a hillside off Route 202 in Lahaska, which they dubbed "The Hill." It was designed by Lambertville architect Jules Gregory and was used primarily as a summer home. The book to the musical Wonderful Town was written at Moss Hart's Fairview Farm, as was the play Anniversary Waltz, which starred Kitty Carlisle. The musical revue Pretty Penny, co-authored by Chodorov and Fields, was directed by George S. Kaufman and produced at the Bucks County Playhouse in 1949. The Chodorovs participated in the local social scene that included George and Beatrice Kaufman, Moss and Kitty Carlisle Hart, Ruth and Augustus Goetz and Oscar Hammerstein II. Chodorov, in a 1996 interview remembered a time of intense socializing, and that "they all played a vicious a game of croquet together." Their socializing surrounded a theatrical world rich in collaboration. Chodorov and Fields' Broadway play, Junior Miss, was directed by Moss Hart, and My Sister Eileen was directed by George S. Kaufman. 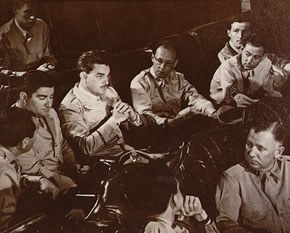 Novels and Short Stories
The Happiest Man in the World 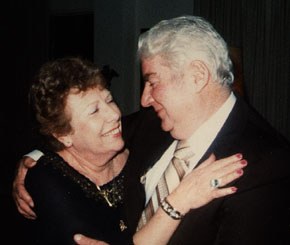