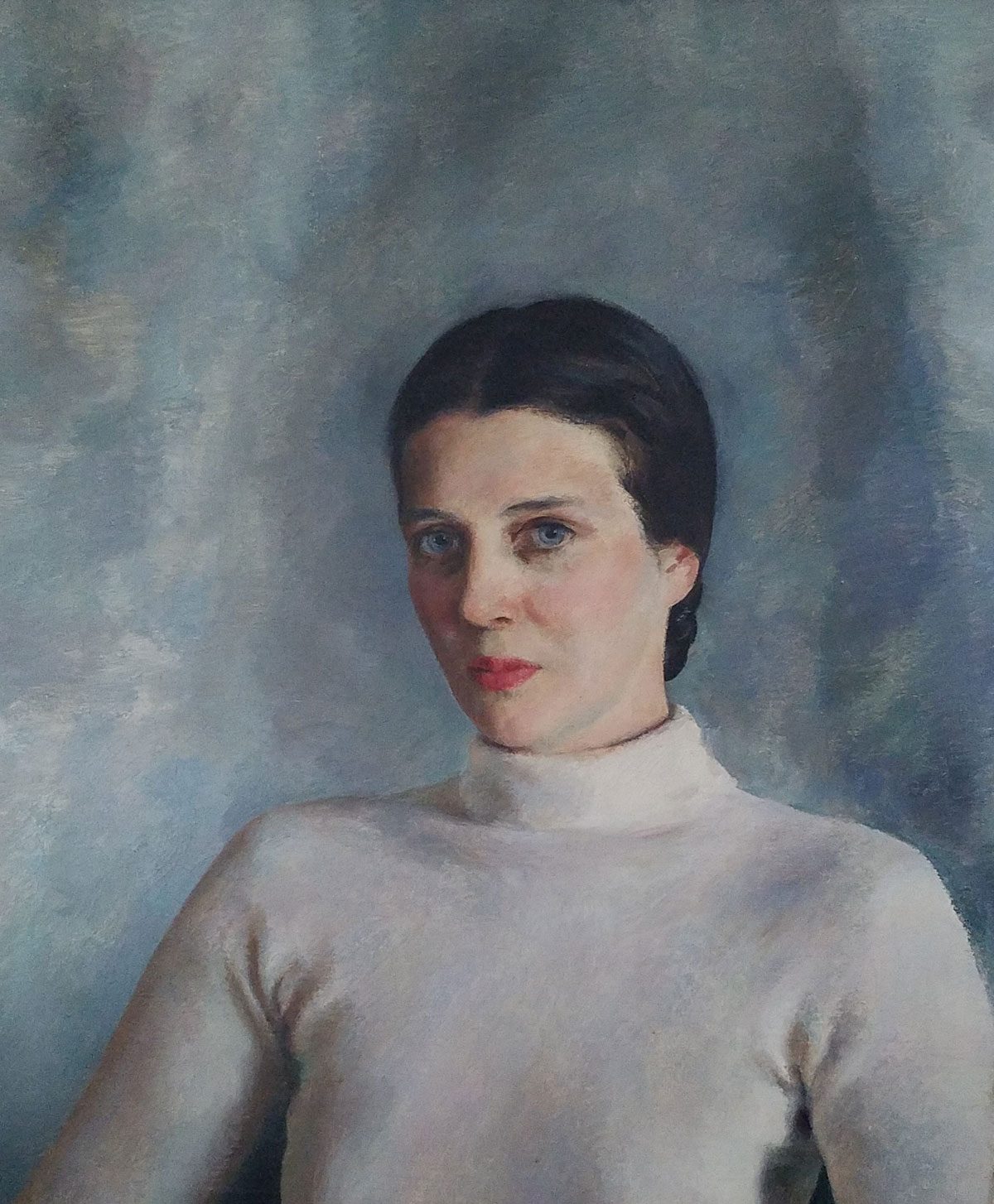 Jere Knight was an editor, writer, and poet, as well as a fencing champion named to the 1930 Olympic team. She chose to abandon her Olympic dream when she married author Eric Knight. During their marriage, she worked as a freelance translator and bred collies. One of their dogs was the inspiration for her husband's well-known book, Lassie, Come Home, on which Jere collaborated. As a story editor with Selznick Pictures, she was one of the editors who saw the potential of Gone with the Wind as a movie. During World War II, Jere wrote articles for the Saturday Evening Post on the British Women's Services and was a consultant on the U.S. Woman's Military Service. She rose to the rank of Major and won several citations, including the Bronze Star. After the war, a ten year collaboration with Lehigh University professor H.L. Gipson led to a Pulitzer Prize for volume 10 of the 15-volume The British Empire Before the American Revolution. This was followed by award-winning articles for the Bethlehem Globe Times and, more recently, writing poetry. The Uphill View, a collection of her poems, was published when Knight was in her 80s. Throughout her own busy career, she continued to promote the work of her late husband, Eric Knight.

Connection to Bucks County
Jere Knight and her husband, Eric Knight, author of Lassie, Come Home, moved to Pleasant Valley in Upper Bucks County in 1939. After Eric's death in 1943, Jere remained in their 18th century farmhouse until 1989, when she moved to Newtown in Lower Bucks County.

Colleagues and Affiliations
Jere's husband, Eric Knight, author of Lassie, Come Home, was a journalist for the Philadelphia Public Ledger, and a noted film critic for other publications during the 1920s and 1930s. Jere Knight was a close friend of Marion and E.E. Cummings. The Knights knew screen writer Budd Schulberg from their time in Hollywood.

Jere Knight wrote articles and lectured at various local schools on her husband's work. She volunteered for Springfield Township and received an award honoring her contributions to the community's quality of life.

She served on the Historic Review Board of the Bucks County Conservancy, Board of Bucks County Mental Health Society, and Board of United Friends School in Quakertown.

Photograph of Eric Knight with his dog Toots. Image courtesy of Geoff Gehman.

Screenplays
Story editor with Selznick International Pictures, including Gone With The Wind, 1930s

Life is a book, writing and written
and sometimes the words and meaning
Love is the reading

Life is a man and a woman

Love is the child

This whole wide stretch of pasture
bulges with cups of butter,
yellow, bouncy, sassy and erect
on tall stiff, leafy stems--buttercups.
They claim the land like territorial
imperatives of bird or animal.

Three horses graze the field,
heads down, necks bent in
arches of equine feeding.
They crop so close to pasture
grass looks barely able to survive.

Not so, buttercups keep right
on growing, neither crunched
nor crushed by hoof or muzzle,
splashing the field in sunlit
squares of tempting yellow.

But horses don't eat buttercups,
they leave them for Van Gogh to paint.