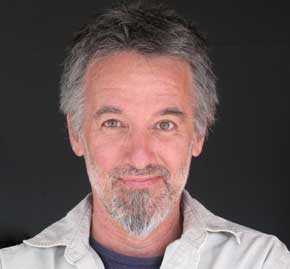 “There are so many moments of each of our journeys… that go unmarked, uncelebrated and perhaps even unnoticed. There is so much history that goes untold. So I do what I can to set a stage inside a tabernacle, or on a bit of drawing paper, and make small monuments and sketches to retell these unsung moments, one at a time.”
-George Brooks-Hutton

Born in Longview, Washington, George Brooks-Hutton moved to Bucks County as a young child. After attending the Rhode Island School of Design in the early 1980s, the artist chose to continue his studies for the next fifteen years at several domestic and foreign universities, among them the California College of Arts and Crafts, the New York Academy of Art, and the University of Oxford.

The diversity and breadth of Brooks-Hutton’s higher education mirrors that of his art, which spans several disciplines. Self-identifying as a craftsperson (particularly, a furniture maker and restorer), a photographer, a sculptor, and a draftsman, Brooks-Hutton is especially animated when discussing his sketching and sculpting techniques, though he confesses that wood-working brings him great joy. As a sculptor, he is not committed to a single type of clay and creates works both from live models and from his imagination.

As both a draftsman and a sculptor, Brooks-Hutton is very much aware of the mediums he utilizes. Each drawing he produces is printed on homemade paper, often coated with a homemade gesso before being tinted. Brooks-Hutton has also devised a way to manufacture brown ink by boiling the husks of black walnuts. The respect and investment in the materials he uses carries over to his sculptures and friezes, which are usually displayed in hand-crafted wooden tabernacles.

Many of Brooks-Hutton’s works are reminiscent of classical realism, which the artist admires for its straight-forward language and ability to be swiftly understood by the viewer. Brooks-Hutton believes that an artist must have “real honest-to-God skill” in order to successfully execute a work in the classical style, a challenge that he enjoys.

Additionally, classical realism acts a springboard for Brooks-Hutton, enabling him to broach themes relating to the human journey from life to death, focusing in particular on the trials of growing up, the dramas of adulthood, and the importance of relationships. People and their stories are frequently used as subject matter for his work, but he also tries to convey the pervasive presence of the divine, which he sees as infusing everything people do. For this reason, clouds and cloudbursts feature prominently in his works, acting as recognizable symbols for divine grace in human lives.

Brooks-Hutton has exhibited along both coasts of the United States, including a joint exhibit with six other artists at the Michener Art Museum in 1997. He has also exhibited in Oxford, England, the city in which he earned both a B.F.A. and a M.F.A., as well as in London.

Influences and Teachers
Peter Schumann of Bread and Puppet Theatre