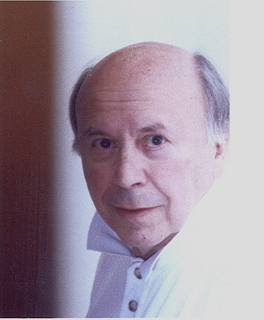 "Working as a designer prepared me well for this new venture. My experience in color, composition, rendering and drawing are all equally relative to painting."
-Gene Rossi

Born and raised in Brooklyn, Gene Rossi began cultivating his creativity and design sense at Pratt Institute while he was a high school senior. After serving in World War II in the Navy Air Force, Rossi went to Notre Dame University and received his B.F.A. in 1949. Upon his graduation, Rossi moved back to New York and, for the next year, continued classes at Pratt in Advertising Design, thus beginning his 30-year career in the design industry. Some of his most notable designs have included the packaging for Nabisco, Huggies, and Buitoni. Rossi worked as a designer with three major New York design firms, the last being Raymond Loewy, where he was the Design Director overseeing a staff of 25 artists.

Rossi's retirement in 1980 led him to Doylestown to pursue teaching and consulting. It was not until 2002 that he began painting in earnest. He believes that working as a designer for most of his life readied him to become a painter, for composition, rendering and drawing in graphic art and design are all equally relevant to painting. Painting primarily in city and genre scenes, Rossi describes his watercolor work in terms of style as somewhat loose, but not tight.

Since living in Doylestown, Rossi has taught Graphic Design at Tyler School of Art. His painting, Montauk Rendezvous, is in the permanent collection of the Michener Art Museum.

Influences and Teachers
Stan Sessler, The Dean of Art at Notre Dame, and painters Sargent and Homer

Connection to Bucks County
Gene Rossi has lived and worked in Doylestown since 1980.