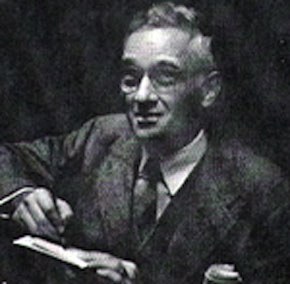 Alfred Bendiner was an architect, artist and author, whose whimsical caricatures of various personalities earned him the title of "the Hirschfeld of Philadelphia." After earning a masters degree in architecture, he set up his own firm. Among his designs are the original offices of the Blue Cross of Greater Philadelphia. An inveterate traveler, Bendiner toured the world with his wife, Elizabeth. Never without his miniature paint box, Bendiner spontaneously captured activity around him on any available surface, including napkins, tablecloths, and menus. From 1938 to 1946 he produced caricatures of concerts and plays for the Philadelphia Evening Bulletin, as well as other publications. He wrote and illustrated humorous books based on his personal experiences and family history. He authored an essay, How Frank Lloyd Wright Got His Medal, for Harper's Magazine. It was later published in literature textbooks. His skilled draughtsmanship garnered him a staff position as an artist on University of Pennsylvania archaeological expeditions to Iraq in 1936 and Guatemala in 1960. Bendiner painted murals for several state institutions and had numerous exhibitions of his work.

Teachers and Influences
Paul P. Cret gave him a job as a draftsman in the Cret architectural firm in Philadelphia, Pennsylvania.

Connection to Bucks County
Although Alfred and Betty Bendiner did not live in Bucks County, they were drawn to the New Hope area. Because they so loved Bucks County, they had their wedding dinner at the Washington Crossing Inn and then drove to the Stockton Inn in New Jersey for their honeymoon. Both were actively involved with New Hope theater and jazz scene, and they were friendly with the local visual artists, many of whom they met at the Pennsylvania Academy of the Fine Arts. Alfred was a close friend of Harry Rosin, who made a bronze bust of Mrs. Bendiner which is now in the Library of Congress.

The Bendiners often visited the Bucks County Playhouse in New Hope, where Alfred, while working for The Evening Bulletin, did drawings and caricatures of the Playhouse and the people there.

Colleagues and Affiliations
Sculptor Harry Rosin and his family. The Alfred and Elizabeth Bendiner Foundation was curated by Margaret Yarnall, a long-time Bucks County resident. The foundation provided museums and institutions with Bendiner's artwork for others to enjoy and for educational purposes.

Novels and Short Stories Written and Illustrated by Bendiner
Music to My Eyes, 1952
Bendiner's Philadelphia, 1964
Translated from the Hungarian, 1967

Publications
Scribner's, The New Yorker, Atlantic Monthly, Harper's Magazine, the Journal of the American Institute of Architects, the Pennsylvania Gazette, and Expedition magazine; he was a regular contributor to The Philadelphia Evening Bulletin and The Sunday Bulletin (1938-1946)

Teaching and Professional Appointments
Art Department, Public Ledger
Employed by architect Paul Cret, Philadelphia
Opened his own architectural firm, Philadelphia, 1929
University Museum's Archaeological Expeditions, travel to the Middle East and Central America
Bendiner's travel articles appeared in Philadelphia newspapers from the 1930s to the 1950s.
His musical-theme drawings and caricature portraits of musicians appeared in The Philadelphia Evening Bulletin and The Sunday Bulletin from 1938 to 1946.

Music to My Eyes